Cape Slavery from Birth to Freedom

Celebrations in the Cape with the abolition of slavery

The earliest record of a child born at the Cape who had a parent who was a slave, is that of the former slave Catharina Anthonis and Jan Woutersz from Middelburg. Catharina was born in Zalegon in Bengal. She was brought to the Cape by Caspar van den Bogaerde. They got married 21 May 1656. Woutersz was appointed to serve on Robben Island, while there they had their child. Some have suggested that they were sent to the island because of prejudice against mixed marriage: "The first slave to regain freedom was Catharina Anthonis, who was born in Bengal, and liberated because Jan Woutersz from Middelburg wished to marry her - this was in 1656. Soon after the wedding Woutersz was promoted to the position of supervisor on Robben Island. This was not due to merit, but was rather a way of putting the couple out of sight, for he was later found "unsatisfactory" and sent to Batavia." see Armstrong JC "The Slaves 1652 - 1795" in Elphick and Gilliomee (editors) "The Shaping of South African Society 1652 - 1820" (Cape Town, Longman 1979). It is implied that they were sent to the island as a way of putting the couple out of sight.

The early Cape was settled not only by ex-VOC workers who became free burghers and the Huguenots but also by slaves who lost their freedom and was brought to the Cape. To fix a date for the arrival of slaves at the Cape is a variable since we know that slaves were ship wrecked and would have made their way to the Cape prior to 1652. With the arrvial of Jan van Riebeeck at the Cape we already have a slave mindset since within a month of the establishment of the settlement, van Riebeeck, was already requesting the directors to allow the importation of slaves.

The Secret Modus Operandi in Obtaining Slaves for the Cape: The Ship Hasselt 1658

How were slaves obtained from the Coast of Guinea? This paper looks at the ship Hasselt and secret documents from the VOC which contained its modus operandi in obtaining slaves. The stereotyped image of European VOC personnel raiding African villages and enslaving Africans does not do justice to the historical enslavement process. Researchers have studied: the slave experience on ships, the sale of slaves at their final destination, and the ill-treatment slaves received from their masters. A question to be further addressed is how were the slaves procured in Africa?

Read more: The Secret Modus Operandi in Obtaining Slaves for the Cape: The Ship Hasselt 1658

Some Families with Slave Stamouers

The Cape slave society was made up of a very diverse group of people. Unlike many other slave societies which had a homogenous group of slaves, the Cape was a 'tower of Babel' society. Slaves from Africa, Dutch East Indies (Indonesia) and the Indian subcontinent

The slaves were also owned by three distinct deferent groups and they had a great diversity of experience.

"Dutch-Asiatic Shipping in the 17th and 18th Centuries" (DAS)

"History of Slavery and early colonisation in SA timeline 1602-1841"

"From Diaspora to Diorama - a Guide to the old Slave Lodge CD" (PDF 4,5mb) 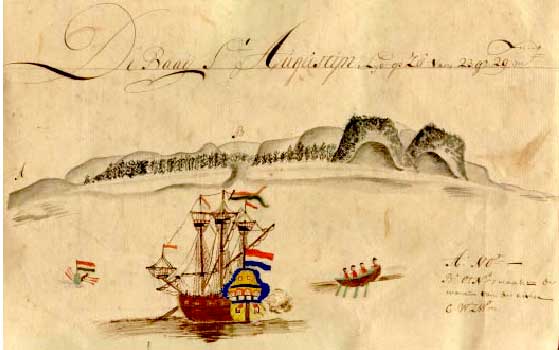 GLOSSARY of the Slave World

Alfures is a term used for the people from the Lesser Sunda Islands, like Timori and Flores, in Indonesia with curly hair, they were also taken as slaves

Arakan this was the old name for Burma, and some slaves were obtained there

Armazoen a Dutch term describing a ship with slave cargo, whereas the term used for a cargo of merchandise was cargazoen

2. Gender and Violence in Cape Slave Narratives and Post-Narratives

3. South African bibliography on slavery at the Cape of Good Hope