Nicolaas van Blerk was born in 1704 in Venlo, Province of Limburg, Netherlands and is the progenitor of the van Blerk family of South Africa. He was a soldier in the service of The Dutch East India Company, and was seconded on the 29th April 1722 to the ship Haaksburg.

His last voyage was on the 11st June 1734 from Goeree in the Netherlands to the Cape of Good Hope on the ship Ketel. He arrived in the Cape on the 18th December 1734.
He remained a soldier in the service of The Dutch East India Company in the Cape Colony until he became a Free Citizen (Vryburger) in 1757.

Nicolaas had a child, Jan Barend van Blerk, with Dina van Deventer before his marriage to Catharina Maria Magetski on 6th Dec 1739. Their farm is indicated on an old water colour painting of Cape Town along with approx. a dozen other farms. 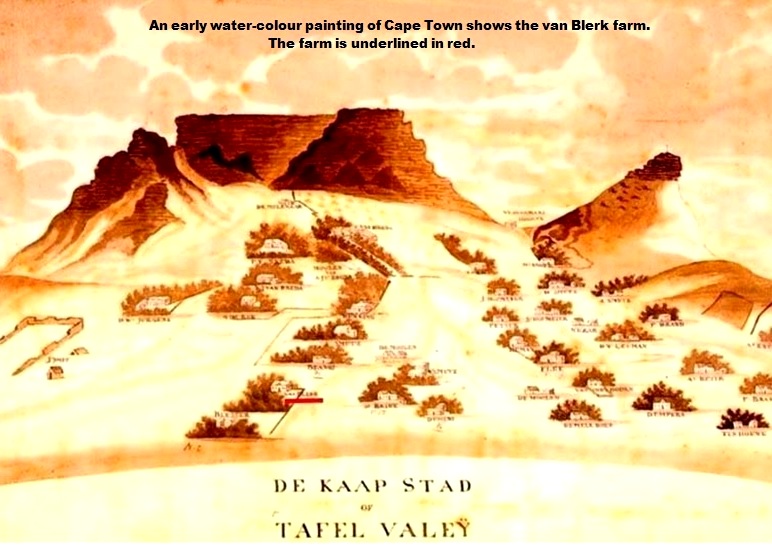 Nicholas Jacobus was born on 29thSeptember 1743 in the Cape of Good Hope, however, he passed away before 1758. 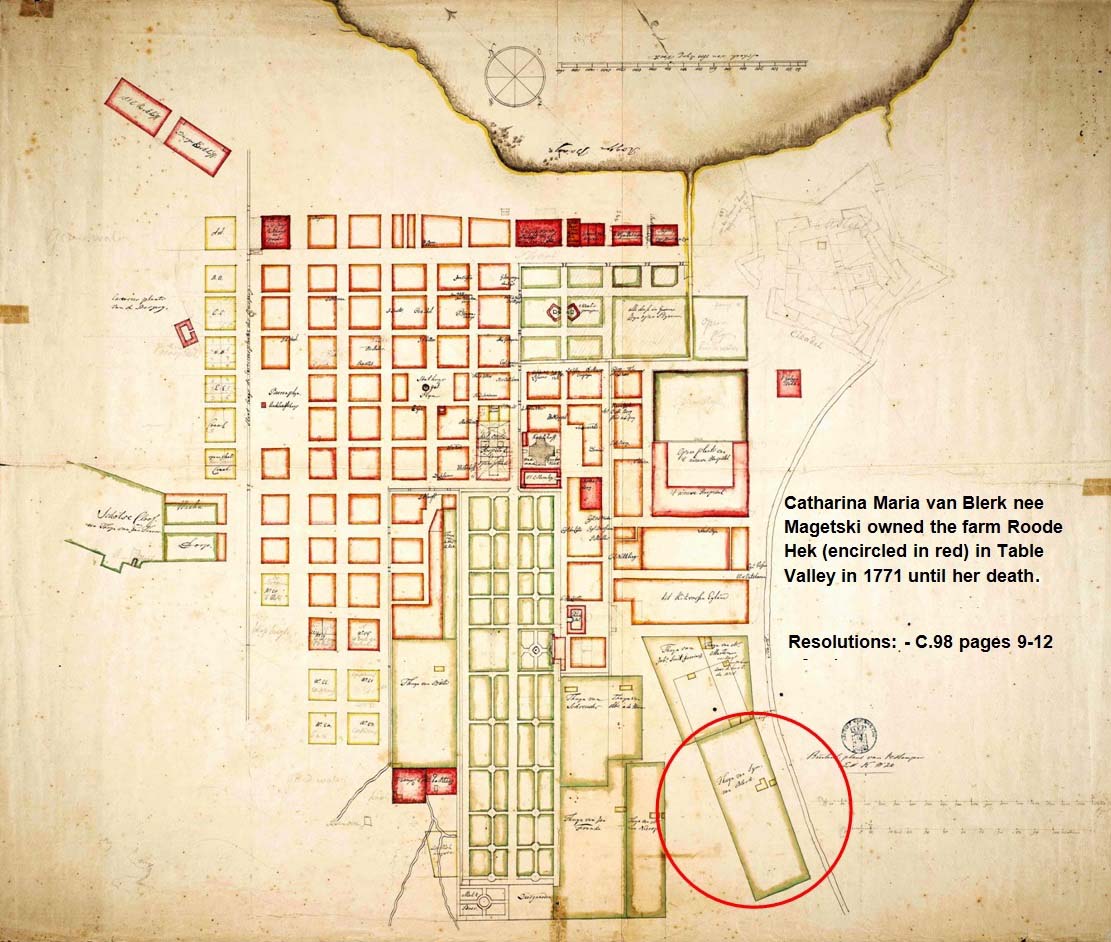 Van Blerk family tree can be found on the following link:-
http://familytrees.genopro.com/693078/van-Blerk/

Kindly forward any addition information to the e-mail address above.